J.K. Rowling: The Genius With The Pen and What Inspired Her.

J.K. Rowling states that one day while riding a train, the idea of an "orphaned boy who didn't know he was a wizard," just popped into her head.  She said that the reason that she made Harry Potter an orphan is because her mother was dying at the time. Her mother died when she was halfway through Year One, "The Philosopher's Stone," also "The Sorcerers Stone." Joanne Rowling(Otherwise know as J.K. Rowling)missed her so much that she came up with her favorite chapter, "The Mirror of Erised." When she finally finished her book, Joanne sent her first three chapters in to a publisher who sent them right back in refusal.  The next publisher she tried liked what he read an agreed to publish the first of seven Harry Potter books.  Little did she know that her books would one day be one of the best selling series in the world. 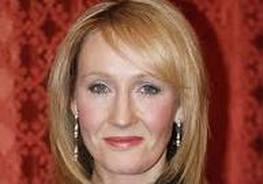